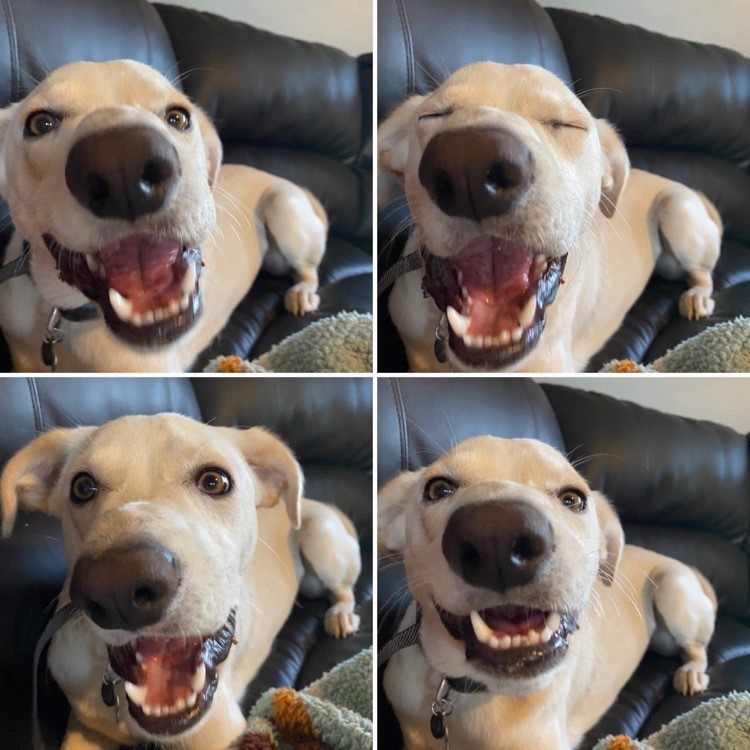 Cashew (formerly Caramilk) came to us through NDR and Saveasoulkw. He was abandoned on the streets as a pup and kicked in the face hard enough to break his nose and his jaw in 2 places. He’s got a janky snoot, but we still think he’s the handsomest guy.

He’s had some aggression issues towards our older male (12yo Dalmatian), but he adores our 8 yo female Great Dane. The boys get along 95% of the time just fine.

For a dog that was abused so badly in his early life, every one who has met him is shocked at how loving he is towards people.  He really just wants to see you happy and he has the best smile.

So far, Cashew enjoys going up to our cottage and sitting in the river. He can’t swim at all, but he has his own life jacket, just in case. He also enjoys playing with our neighbor’s dog who is the same age and size as him. He also chews everything he can get his janky snoot on.

We love him so much and are grateful that he was able to make it to Canada to be part of our family.