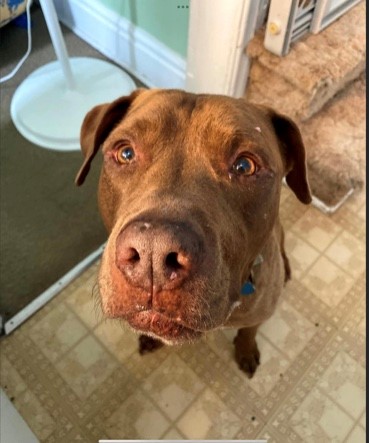 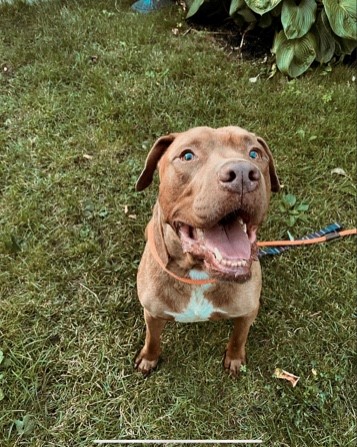 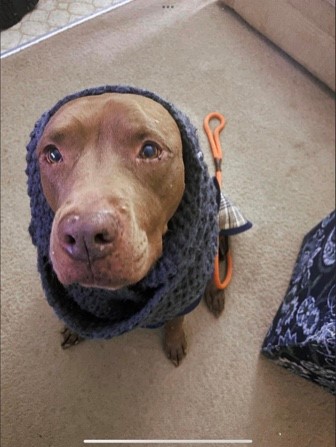 The first 3 photos are what I saw when Opie (Elf) was posted for adoption. I saw a sad and broken boy. A dog that had lost all hope. At that point in my life, I was at the lowest I’ve ever been. I saw this face and knew that I needed him as much as he needed me.

He has learned what snow is, and that I will go to crazy lengths to protect those Southern ears and paws. He has learned that the PetSmart bag means new toys and new treats. He is slowly learning how to be less reactive to other dogs on the street, and he no longer tries to chase squirrels.

He is still nervous around new people, and doesn’t like strangers in or around our house, but clearly loves my mom.

He only begs for pizza and cheese, and I can leave any food on the table in front of him and he will not touch it. He knows all of his commands, but he is stubborn and will sigh when he has to do them.

He follows me everywhere and rests his head on my knee when I pee. Hey, I protect him when he pees so he does the same for me. LOL!

When I broke my ankle while walking him, he knew something was wrong right away. Once I was able to stand up again, he walked slowly beside me for the next 8 weeks. I’m sure he wasn’t pleased that our walks were shorter and that he became my footrest but he didn’t complain.

He hates the vet, he hates having his nails done, he hates loud noises, and he absolutely hates when I wake him up in the morning.

Opie came into my life when I needed him most. He gave me a reason to get up in the morning. I had to do it for him.

Seeing the change between his adoption photos and now just goes to show what a little love and affection can do. He still has a lot of issues that we need to work on, but in 1 year, he has made so much progress.

Thanks for being the best, bud.