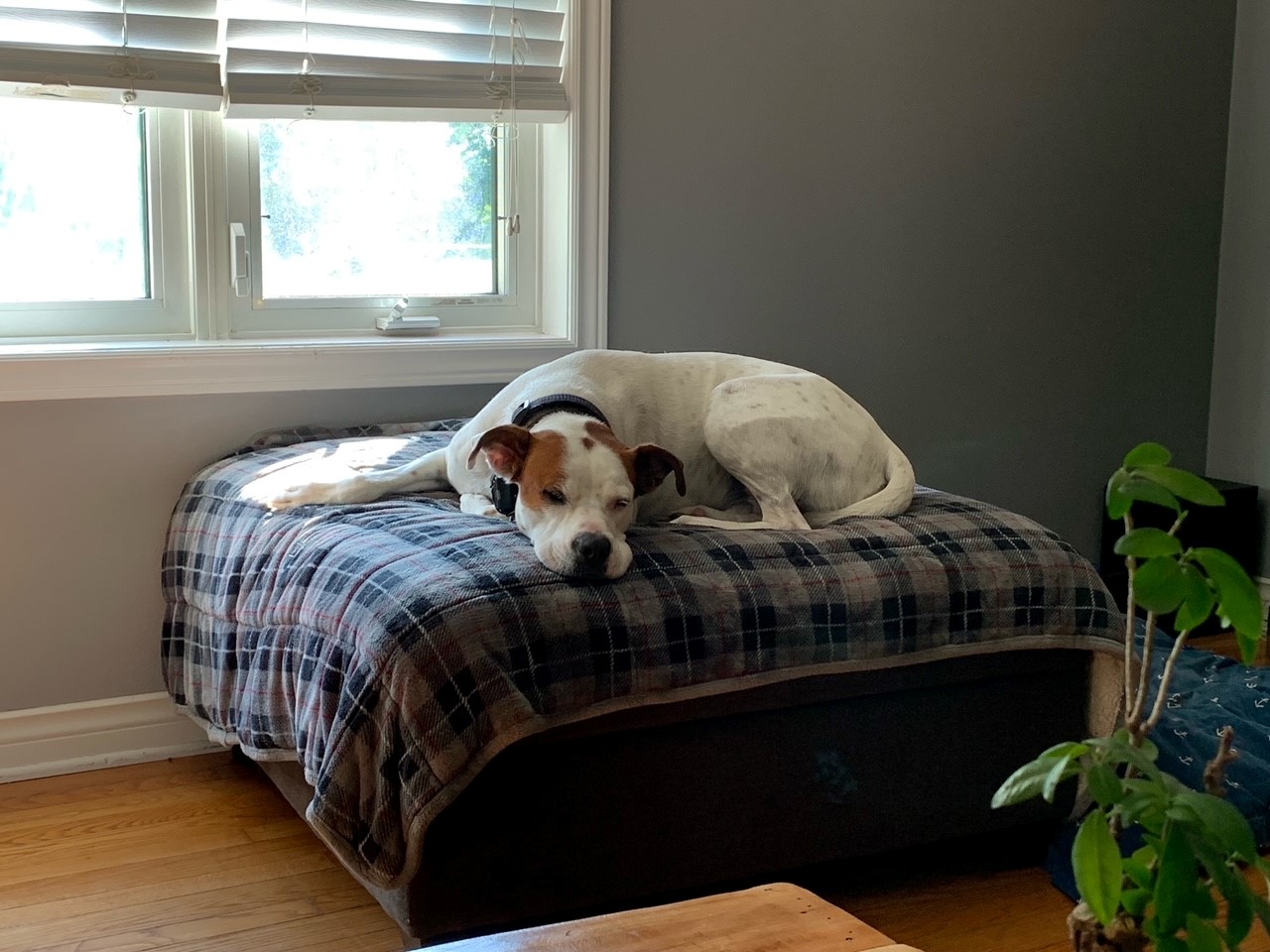 Just to give you an update on my Terrence. I’m so happy we have him. He definitely has a home until my last breath. I’m glad we live on 5 1/2 acres and he has his companion Lexi, a 140 pound English mastiff, they play, they roll, they attempt to chase each other because Terrence is like a rocket! English mastiffs are not necessarily known for their speed, but it’s hilarious to watch them play. They do a lot of things together and even go outside to the bathroom together. I’d like to thank you and the volunteers for what you guys do. No one really understands the love of an animal until you have them. I think they love me more than my own kids. The affection that they show me when I get home is a lot better than my two sons saying 'hey dad'.